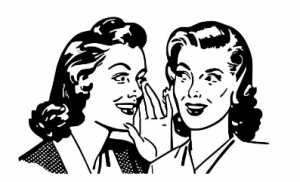 As published in Azalea Magazine Fall 2019.

Literally written on my phone while working golf tournament, please proof this one well!

Also, did you get my new bio?

Finally do You have deadline dates for the next azalea and palmetto? I will calendar so we aren’t so last minute.

The post Labor Day ban on white clothing and accessories has long ranked among the most sacred rules of etiquette.

While strict traditionalists claim steadfast adherence to the rule “no white after Labor Day,” one would be remiss to have not noticed recent skepticism of the Labor Day law and more people than ever breaking the rule.

Where exactly did the rule come from?

In the early 1900s many of society’s elite spent their summer months at seaside homes. City clothes were left behind in exchange for lighter, whiter, summer outfits. When the well-to-do returned to the ‘real world’ those summer clothes were put away and more formal city clothes donned once more. The signal to mark the change between wardrobes was summed up in the adage “No white after Labor Day.” And it stuck! By the 1950s, women’s magazines made it clear to even middle class America that white clothing came out on Memorial Day and went away on Labor Day.

But does the old adage still apply?

Known for bucking tradition, it is no surprise that the fashion industry abandoned the rule long ago in favor of embracing winter whites. More surprisingly, Emily Post’s Etiquette, 17th Edition, gives the go-ahead for wearing white after Labor Day. Gasp!

“Of course you can wear white after Labor Day, and it makes perfect sense to do so in climates where September’s temperatures are hardly fall-like. It’s more about fabric choice today than color. Even in the dead of winter in northern New England the fashionable wear white wools, cashmeres, jeans, and down-filled parkas.”

With Americas foremost etiquette expert telling us that the rule is passé, this may explain why some who would typically abide by the custom are now willing to compromise.

Ultimately, the true aim is to wear what’s appropriate — for the weather, the season, or the occasion… color not withstanding.