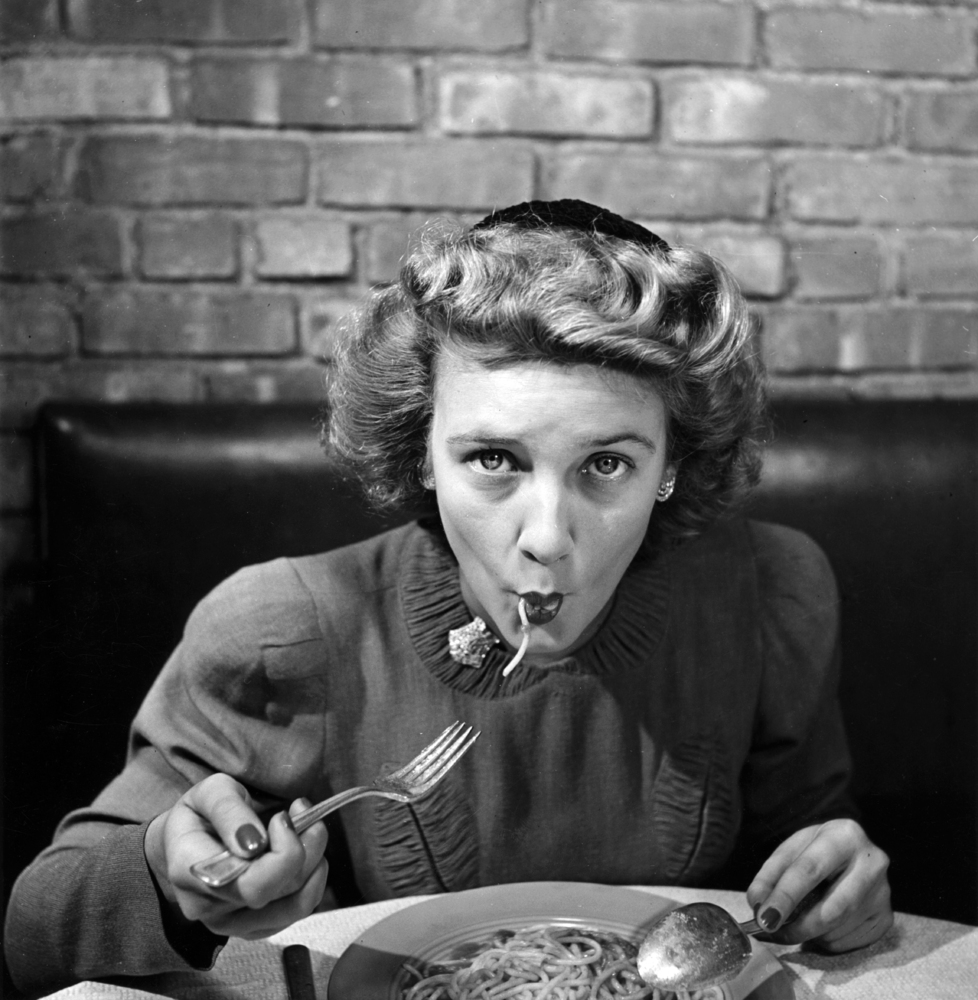 Spaghetti is among the difficult foods to handle gracefully. The subject is source of international debate. Research the topic and you will find a vast number of “authorities” offering varying views on the proper etiquette. Most agree that cutting the pasta is a huge no-no. But what about the spoon debate?  I’m referring to the practice of employing a large spoon along with fork as a means of transporting spaghetti from the plate to the mouth. Do you use a spoon or don’t you?

I guess this custom can vary depending on what country you are in. Emily Post herself wrote that, ”most restaurants (and hostesses) that feature pasta provide guests with a large spoon as well as the knife and fork. The fork is used to spear a few strands of spaghetti, the tips are placed against the spoon, which is held on its side, in the left havnd, and the fork is twirled, wrapping the spaghetti around itself as it turns. If no spoon is provided, the tips of the fork may be rested against the curve of the plate.” ‘– The New Emily Post’s Etiquette, Elizabeth L. Post, 1975

I might suggest that if you are at a restaurant or someones home, only use a spoon if one is served on the plate with the spaghetti; don’t ask for one. If you’re given a spoon to use, it is perfectly fine for you to use it. Otherwise, pasta should be twirled on the fork against the bottom of the plate.

All that being said, it can be stated unequivocally that Italians, in Italy, do not use a spoon.